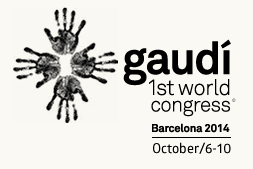 From 6 to 10 October 2014, the Historic Building of UB hosts the Gaudí 1st World Congress, co-organised by the University of Barcelona (UB) and the Gaudí Research Institute. About fifty international speakers have already confirmed their attendance. Current state of research and new findings on Gaudí’s figure and work will be presented to the international scientific community and the general public. In this sense, Gaudí’s revolutionary method of work and his extraordinary creative inspiration in many fields —architecture, engineering, design, arts, and even business management, gastronomy, sport and health— will be described. On 3 January, members of the Advisory Committee held a start-up meeting at UB.
Within the start-up meeting, some participants evaluated the studies carried out on Gaudí to date. The architect and urbanist Salvador Tarragó affirmed: “Our attendance is a tribute to the work done by Enric Casanelles and Amics de Gaudí during nearly 40 years, to the one developed by George R. Collins in the United States, by Kenzo Imai in Japan, by Ràfols and Bassegoda at the Gaudí Chair, and by Martinell and Tange at the Center of Gaudinist Studies. Therefore, the University of Barcelona and the Gaudí Research Institute are now honouring the universality of Gaudí".
Furthermore, Professor Tokutoshi Torii, from Kanagawa University (Japan), showed his pleasure "with Barcelona having a research centre on Gaudí as it is an essential and historical demand of the international scientific community”. Moreover, the architect Toshiaki Tange ensured that “Gaudi is a stranger: people want to know him truly; they need more than present Gaudiland”; and the engineer Jos Tomlow concluded: “I hope we are ready to really understand Gaudi. It will be striking if my colleagues and I are able to communicate our 40-year-old research”.
Concerning future expectations, the art historian Francesc Fontbona stressed that "a young generation is necessary to study and research on the reasons for the delay on knowing the importance of Gaudí, and why some avant-garde figures such as Guillaume Apollinaire, André Breton, Man Ray, Dora Maar, Salvador Dalí, Paul Éluard, etc. appreciated it before”. The architect and engineer Arnold Walz pointed out that “Gaudí is a clear example of interdisciplinary scientific work; its study opens great present and future possibilities”. Finally, the architect and engineer Berthold Burkhardt said that “like it is being done in central Europe, it is crucial to set up an international cooperative project to study, preserve and communicate Gaudi’s architectural heritage”. The architect and urbanist Hou-Teh Chien explained that “China is on Gaudí’s zero year. We must take profit of the Congress to help Chinese people to know the true universal value of Gaudí from the beginning”.
The congress has several committees, composed by scientists from international universities as well as personalities who devoted themselves to research, business, creation and innovation. Some descendants of Gaudí’s pupils and colleagues, Jordi i Lluís Bonet Armengol, Josep Maria Jujol Gibert, Marta Puig Doria, also participate in the congress; they who have curated carefully the artist’s legacy. The Advisory Committee is composed by experts from international universities and institutions: Berthold Burkhardt (Braunschweig, Germany), Leonid Demyanov (Moscow, Russia), Francesc Fontbona (Barcelona), Rainer Graefe (Innsbruck, Austria), Jan Molema (Delft, Holand), Arnau Puig (Barcelona), Toshiaki Tange (Barcelona), Salvador Tarragó (Barcelona), Hou Teh-Chien (Hangzhou, Zhejiang, China), Jos Tomlow (Zittau, Germany), Tokutoshi Torii (Kanagawa, Japan), Arnold Walz (Stuttgart, Germany). Some of them are representatives of international institutions such as the International Council on Monuments and Sites (ICOMOS), affiliated with UNESCO and UN, which reviews the nominations of cultural world heritage of humanity and organises the International Day on Monuments and Sites on 18; and the International Working Party for Documentation and Conservation of Buildings, Sites and Neighbourhoods of the Modern Movement (DoCoMoMo), dedicated to the conservation of world’s architectural heritage.
On 23 October 2013, the Congress was internationally presented in Korea, in Busan. It was part of the exhibition and symposium entitled “Walking Barcelona with Gaudí”, which commemorated the 30th anniversary of the town-twinning between Barcelona and Busan.
It is the first congress of a biannual programme organised by the Gaudí Research Institute together with UB, the university in which Antoni Gaudí got his degree in Architecture in 1878. The Güell Pavilions are part of the patrimony of the University of Barcelona and were included in the programme Watch 2014 of the World Monuments Fund (WMF).
The Congress not only pays tribute to Gaudí, the only artist who created eight works designated as UNESCO World Heritage Site, but also to international experts who have studied the artist and his work. The first congress is particularly centred, although not exclusively, on the Colonia Guell, and recognises those people who have conserved this treasure for more than one century. Gaudí located there the lab which would turn into the genesis of his revolutionary method of work and creation of new shapes, in short, into a new architecture.
The personalities from UB who compose the Organizing Committee are Lourdes Cirlot, vice-rector for Institutional Relations and Culture and professor of History of Art, and Joan Ramon Triadó and Rosa Maria Subirana, professors of History of Art. It is also composed by some members of the Gaudí Research Institute: Manuel Medarde, secretary of the Colonia Guell International Committee, Pere Jordi Figuerola, curator at the Diocesan Museum of Barcelona, and Marià Marín, university lecturer of advanced studies in art, heritage and culture industries.
The Gaudí Research Institute owns one of the most important holdings of Gaudí’s figure and work. It has been analysed and studied by many researchers and given birth to many exhibitions and publications as well as to international collaborations, for instance the one developed at the University of Innsbruck, one of the most important research centres on Gaudí in the world. 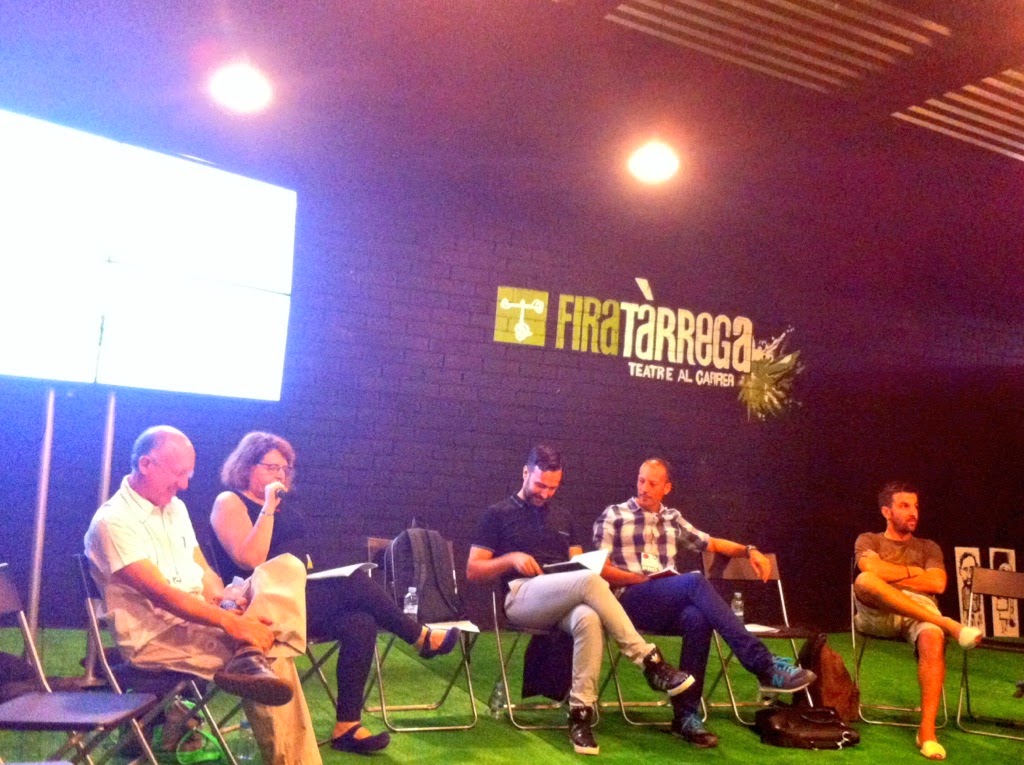 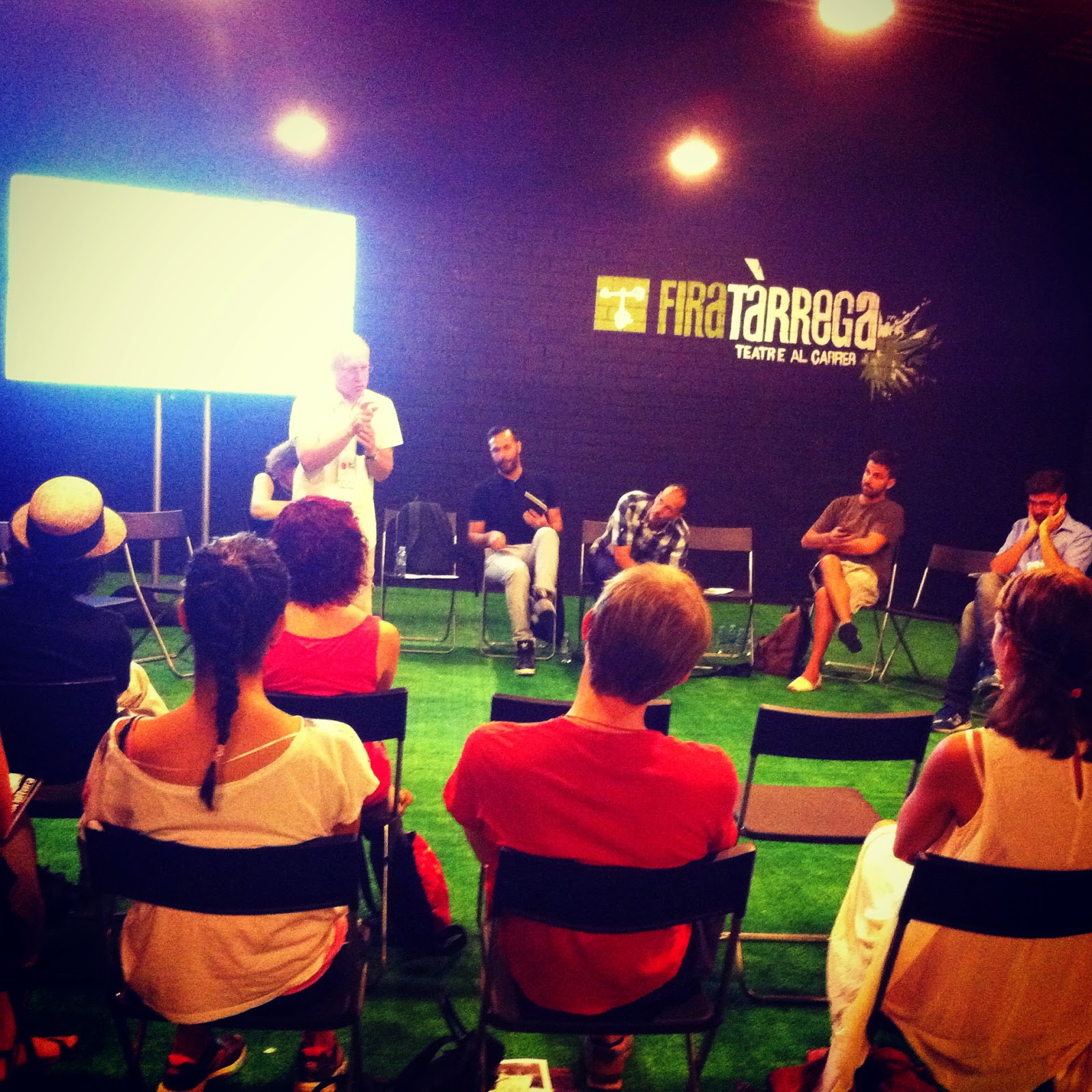